Dogs Hub is supported by its audience. When you purchase through links on our site, we may earn an affiliate commission. Learn more

If you’re a dog owner, you’ve probably noticed your pup rubbing its nose on the floor before eating. But have you ever wondered why they do that? Turns out, there’s a reason behind this canine behavior!

The most common reason behind this common behavior is that dogs are trying to spread their own scent around. By rubbing their nose on the floor, they’re essentially claiming their food as their own. This is especially common in multi-dog households, where pups may feel the need to mark their territory.

In this blog post, we will discuss the reasons why dogs engage in this behavior, how to stop this habitual behavior and we will also have a look at what it means for their health and provide tips for helping your dog get used to eating from a bowl.

So, if you are curious that why does my dog rub its nose on the floor before eating?

Keep reading to learn more about it.

Why Does My Dog Rub Its Nose On The Floor Before Eating?

Dogs eat with their noses down, which is why they often rub their noses on the ground before eating. It also helps them readjust to their environment.

Dogs are territorial animals, so they want to make sure that the place where they are about to eat is safe. This behavior can also be an indication that your dog actually wants you to go away when it is about to eat.

When a dog smells its food, the pheromones that are released by this action help establish a sense of security and well being.

So, when you startle the dog from this smell-oriented activity, it will rub its nose on the floor again, this time to readjust its mood.

It can also be a sign of illness in some cases. For example, when a dog is affected by food allergies or eating something very unpleasant, it may rub its nose on the floor right after it has eaten.

This way, the dog will try to cleanse its mouth from the offensive substance right after it consumes it.

So, If your dog is rubbing its nose on the floor before eating, it’s worth trying to figure out why and address the issue.

What Are The Possible Reasons For This Behavior?

There are other possible reasons why your dog rubs its nose on the floor before eating. These include:

If none of these reasons applies to your pet, then it is probably doing it out of stress or anxiety. If this is the case, then you can try taking some measures to make it easier for your pet.

How Can I Stop My Dog From Rubbing Its Nose On The Floor Before Eating?

In some cases, it can be very difficult to get your dog to stop rubbing its nose on the floor before eating.

There are some breeds of dogs that have been known to show this feeding behavior from a very young age, so they may have developed a psychological connection with it.

If you want to make your dog eat faster and get on with its meal, there are some tricks that you can use to help it.

1. Clean the place where your dog eats after each meal. You can remove all traces of food that are left on the floor to avoid attracting other animals.

2. Diversify different types of food (soft food, can food, healthy treats) for your dog so that it doesn’t get accustomed to specific scents.

3. Put a bowl in the room where your pup is going to eat. This way, your dog won’t have to rub its nose on the floor before it eats.

4. Encourage your pet to eat when you are in company so that it can get used to being around other wild animals or people when it is about to consume food.

5. Keep an eye on your pet when it is about to eat and note his behavior pattern and feeding time.

6. Distract your pet with another activity before it starts eating. For example, you can play with it or give it a toy to keep its mind busy.

7. Make sure that your dog is not feeling sick when you are trying to teach it how to eat from a bowl.

If you are concerned about your pet’s health, and you are in doubt that he might be facing a skin disorder, ear irritations because of ear mites or bacterial infections, dental pain, diseased teeth, or any other health-related issue that might be behind these curious behaviors visit the vet as soon as possible.

Why Does My Dog Wipe Its Face Before Eating?

If you notice your dog wiping its nose or face before eating, it is most likely trying to safeguard itself against possible infections. Just like people, dogs can become ill from contaminated food.

In this case, the dog will move away from the offensive substance as it senses an infection coming along with it.

Experts on animal behavior say when a dog wipes its nose before eating, it may also be an indication of food allergies. In this case, the dog will try to rid its face from the allergen as soon as possible.

In some other cases, the dog might have a problem with its nose (wet nose or dry nose) and constantly clears it with its paws in order to stay clean. If this is the case, the dog will most likely not eat at all.

Why Do Dogs Scoot Their Food With Their Nose?

There are many reasons why dogs scoot their food around with their nose. For example, they may do this to spread the scent of their food so that other animals can pick up on their meal.

In some cases, dogs may also do this because they want to mix in a bit of saliva with their meal before eating it. The scent emitted by the bits of food will tell the canine whether it is edible or not.

The following are possible reasons why your dog might be scooting its food around with its nose:

How Can I Help My Pup Get Used To Eating From A Bowl?

You can actually encourage your pet to eat from a bowl by using one of the following methods:

With these suggestions, your dog will start recognizing the bowl as a safe place where you regularly feed them.

Eventually, this behavior will become second nature and your pup will stop rubbing its nose on the floor before eating.

Why Does My Dog Roll In Its Food Before Eating?

When your dog rolls in its food, it is taking the scent of the food and attaching it to its body. This allows all types of animals to find out what type of meal your dog is having and whether or not it is edible.

Tips To Keep Your Pet Healthy And Happy

Why Does My Dog Do A Ritual Before Eating?

Most dog owners have noticed that their pet has a specific routine that they follow before eating.

Most dogs circle around the food bowl, sniff it intently or take a few tentative steps towards it and perform a comfortable ritual. Though it might seem like odd behavior, there is actually a reason behind it.

When dogs are in the wild, they need to be sure that their food is safe to eat. Circling the bowl allows them to get a sense of the area around the food, and sniffing it helps them to identify any potential predators or dangers.

By taking these precautions, dogs are able to ensure that their meal is safe before they start to eat. So next time your dog does its pre-meal ceremonious ritual, remember that there’s a good reason for it!

Why Does My Dog Not Eat His Food Straight Away?

Many pet owners have experienced the frustration of putting down a fresh bowl of food, only to find that their dog has not touched it.

While there can be various reasons for this behavior, one of the most common is simply that the food is not appealing.

Just as we humans like our meals to be visually appealing, dogs also prefer to eat food that looks and smells appetizing.

If the food is dry or has been sitting out for too long, it is unlikely to be very enticing for your dog.

In order to encourage your dog to eat his food more quickly, try adding some water or broth to moisten it, or mix in a small amount of wet food.

You may also want to try serving the food at a slightly warmer temperature, as this can help to release more of the aroma.

By making simple changes like these, you can increase the chances that your dog will eat his food right away.

I hope now after reading this article, it’s very much clear that why does my dog rub its nose on the floor before eating and what are the steps that can take to control this behavior.

If you have any further questions, please post them in the comments section.

Is it okay for my dog to eat grass?

It is not unusual for dogs to find and eat grass on their own. This behavior often occurs if your pet needs to vomit or eat something that causes them discomfort, such as stones or other indigestible items.

Still, this does not mean that your pup can pick and eat whatever it wants, whenever the mood strikes.

Why do dogs pick up their food and eat it somewhere else?

There are several reasons why dogs pick up their food and take it somewhere else to eat. This behavior is common in pets that were not taught how to eat from a bowl when they were younger.

However, it is still something that needs to be addressed and changed before your dog gets older and becomes less flexible with its eating habits. 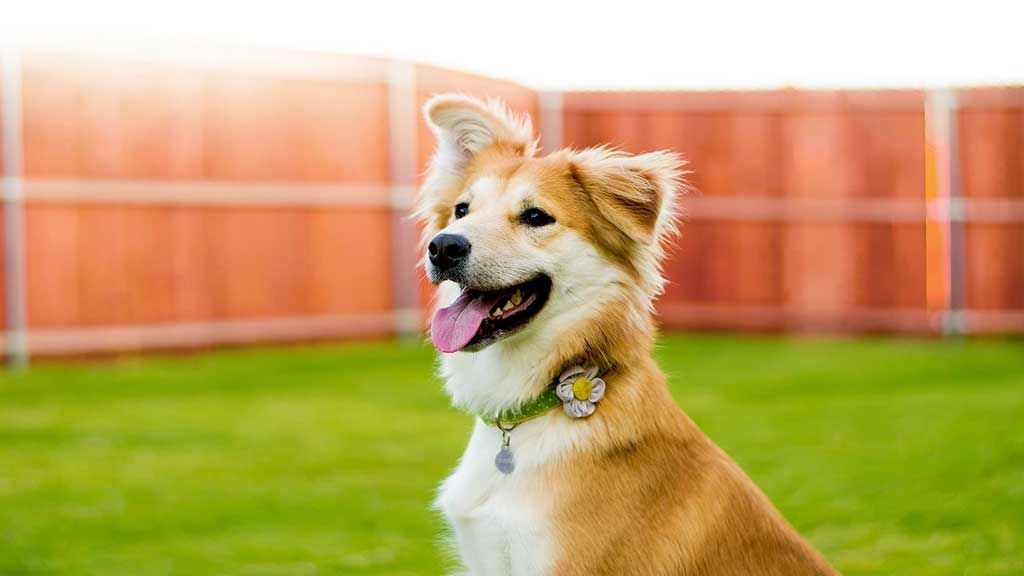 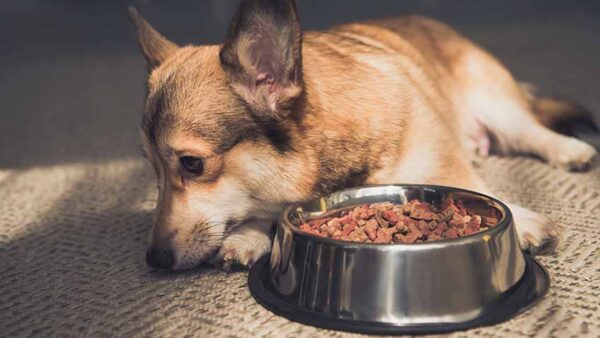 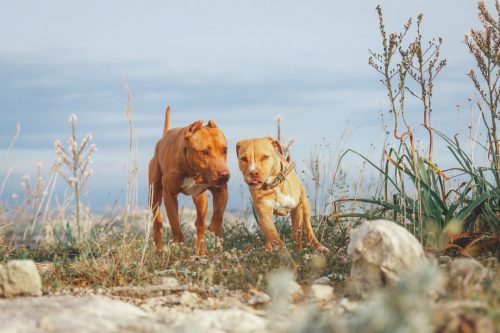 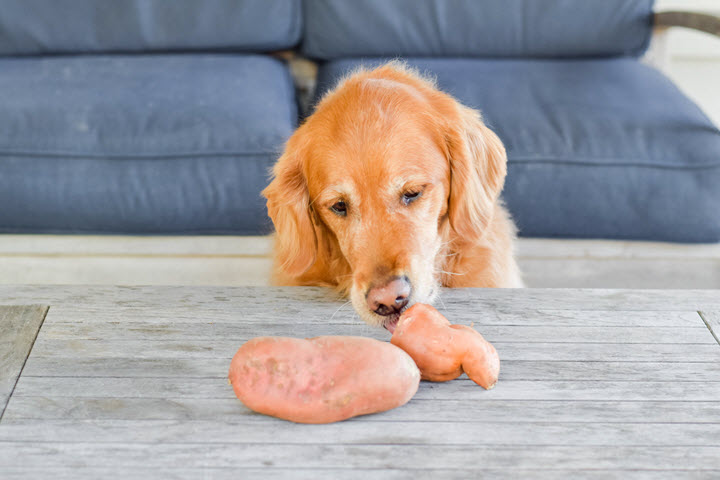 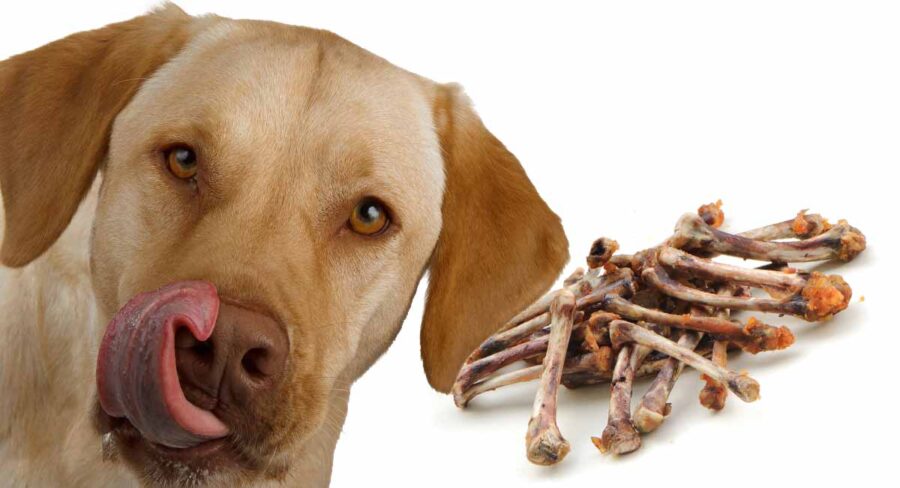