Home
Reviews and Guide
Why Does a Dog Growl When Picked Up? The Science Behind It 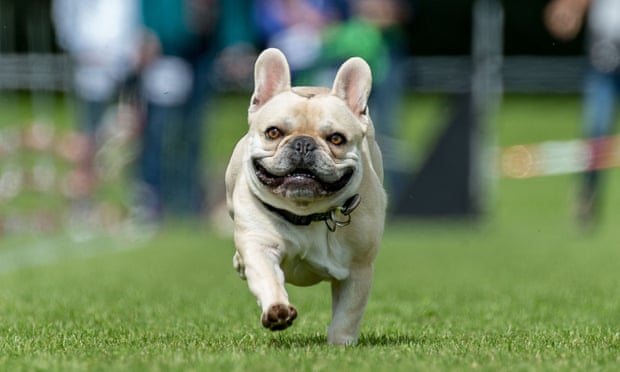 Dogs are known for their loyalty, intelligence, and playful demeanor, but they can also be unpredictable.

One moment they might be cuddling next to you on the couch and the next they could be growling if you try to pick them up. So why does a dog growl when picked up?

And In this blog post, we will explore some of the reasons why dogs may growl when picked up, along with some tips on how to make sure that your dog doesn’t feel uncomfortable when being handled.

So let’s get started

Why Does A Dog Growl When Picked Up

For dog owners, understanding why their dog growls when picked up can be confusing and frustrating.

While there can be many reasons a dog might act this way, aggression is not usually the cause.

Showing Their Displeasure And Discomfort

The most common reason that dogs growl when picked up is to indicate their displeasure and discomfort with the situation.

If your dog feels as though he is being dominated, it will attempt to communicate with you. If you do not make an effort to understand your dog’s message, it will escalate in intensity until it is no longer enough to stop what you are doing.

Your dog may be afraid that if he does not do everything that you want, then you will become angry and hurt him.

This is especially common in dogs that have previously been abused or who are new to your household.

There are of course many other reasons why dogs growl when picked up but the above are some of the most common ones.

However, it is important to understand that these are not the only reasons that a dog will growl at you.

It is very difficult for humans to read canine social signals and it is even more difficult for us to understand why our dogs act the way they do.

If your dog is showing signs of anxiety or aggression then it’s important to train them on how to be handled properly.

As soon as you hear that growl, you should immediately stop the action and give your dog some positive reinforcement when they stop.

Remember, it’s important to never physically punish or yell at your dog for growling when you try to pick them up.

This will only increase their anxiety and lead to further growling or biting.

If you punish your dog for acting this way then they might see you as an enemy and feel threatened, so always remain calm and avoid interacting with your dog for a little while after.

How Can You Tell If Your Dog Is Growling Out Of Fear Or Aggression?

Before you can help your dog overcome its fear or anxiety surrounding being picked up, it’s important to understand the difference between growling out of aggression and out of fear.

The easiest way to do this is to first separate your dog from you and then try to pick it up.

If your dog becomes aggressive or if it begins growling, snarling, barking, lunging, or snapping at you when you attempt to lift them up, then it’s clear that they are acting in an aggressive manner.

If on the other hand, your dog is growling out of fear and stops when you separate them from you then it is best to make a bold move away from your dog in order to show that you are not an aggressive or threatening person.

Only try picking up your dog once it seems comfortable with this move and has stopped acting aggressively.

If you’re still unsure, separate your dog from you for a little while and then try again. If they are growling out of fear, they will stop when you move away.

If they are growling out of aggression then they will most likely continue to act the same way.

This is why it is important for them to learn that there is nothing to be afraid of and this will make handling them much easier in the future.

Why Does My Dog Growl When I Pick Him Up While Sleeping?

Dogs that are fast asleep when you try to pick them up maybe dreaming about a past traumatic or negative experience.

If this is the case, then it is best to avoid trying to wake your dog while they’re sleeping if at all possible.

Another reason behind their growl can be their sleep disturbance.

Some dogs are naturally light sleepers and others are deep sleepers, so there is no black and white rule behind why they might growl when you wake them up.

However, if your dog is a light sleeper and you try to wake it up, then the chances are that it will be more likely to respond with a defensive growl.

How Do I Stop My Dog From Growling When I Pick Him Up?

What Should You Do If Your Dog Growls When Picked Up?

It’s important to remember that if your dog has growled at you when picked up, it’s doing so because it feels as though you are not listening to it and that its concerns aren’t being heard.

As such, you should always be aware of this fact and respect its wish for space whenever possible.

The first thing you need to do with a dog that growls when picked up is to make sure that it understands it has nothing to be afraid of.

In order for this to happen, you need to avoid physical interactions with your dog for a little while after they have shown aggression.

This will ensure the message gets through and that your dog understands it doesn’t need to be scared.

Once your dog no longer feels fear when you try to pick it up, there are several ways that you can go about getting your dog to stop growling.

These are listed below:

1. Make sure that all of your interactions with your dog are positive and rewarding.

This means giving them plenty of treats and attention whenever they do something good so that they understand the right thing to do is to stop growling.

2. Ensure your dog knows you are not a threat by moving away from them when you see them growl at you.

Prepare yourself beforehand so that you can move away quickly if need be and try not to make your dog feel threatened in any way.

3. Don’t put your dog in a position where they feel as though it has to protect themselves.

Dogs who feel as though they have to protect themselves will often growl and this is because they want you to stop what you’re doing and back off.

If possible, avoid dangling them upside down or holding them close to people when you know that they are scared of these things.

If they feel as though their only option is to protect themselves, you can be sure that they will do this by growling at you.

4. Get your dog used to being picked up if it has a history of growling when lifted off the ground.

Use treats and other rewards at first so that your dog understands what is expected of them and try to make the process as pleasant and calm as possible.

If your dog is getting used to being lifted up and isn’t growinglng then it’s a good idea to teach them to enjoy the process further, which you can do by obeying their commands and letting them know how great they are.

5. Be patient and stay calm. If you are upset or stressed, your dog will take this as a sign that they need to protect you which can lead to growling out of fear.

If you do find yourself in the unfortunate position where your dog begins growling when handled, it is important to remain calm and not try to force them into submission.

This will only serve to make your dog feel as though it is protecting itself and definitely won’t help you to control the situation, which is what you need to focus on at this point.

Alternative Ways To Pick Up Your Dog Without Triggering Aggression

How Do You Respond When A Dog Growls?

When a dog growls at you, it’s important to keep your cool and not escalate the situation.

If you find yourself in a potentially dangerous situation with a dog, you need to focus on controlling your own behaviour and not reacting in a way that might excite the animal.

Should I Punish My Dog For Growling At Me?

No. It is important that you do not punish your dog for growling at you because this can cause them to start growling out of fear, which is the last thing that you want.

If this were to happen, you would find it incredibly difficult to be around your pet because they are always growling at you and trying to protect themselves.

This doesn’t mean that your dog should be allowed to get away with growling at you without consequence, though.

Your dog needs to understand that this behavior is unacceptable and it is your job to make sure that they do.

Just be patient or consult an animal behaviorist to get the best results.

So, I hope this blog post was helpful to you and now you know Why Does a Dog Growl When Picked Up.

I hope that the information has been helpful and will help you on your way!

If these methods don’t work then it would be best to consult a professional for help.

If you still have any questions or concerns, feel free to leave them in the comments section.

I will get back to you as soon as possible! 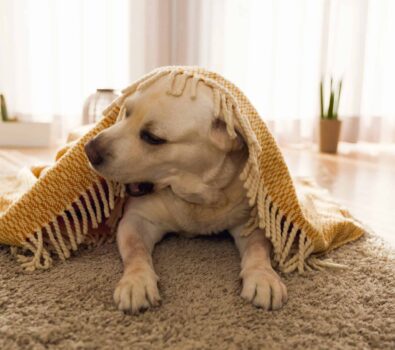