Home
Reviews and Guide
Why do dogs bark at their reflection? All You Need To Know 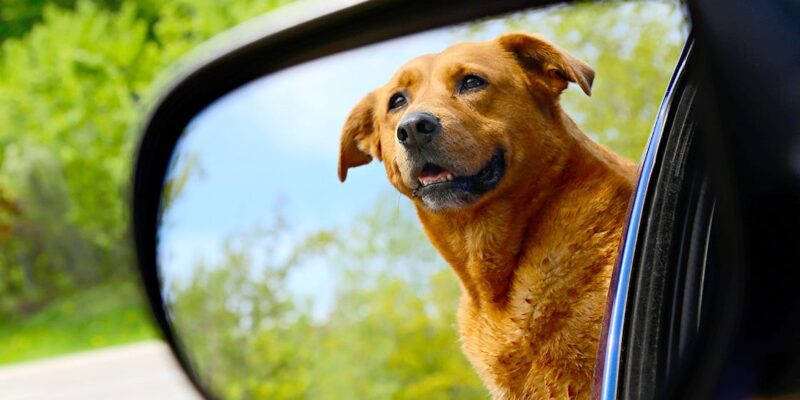 Dogs are one of the most loved animals on the planet, but they are also one of the most misunderstood. One question that dog owners often ask is, ‘Why do dogs bark at their reflection?‘ And this question is not an easy one to answer!

There are many theories about why dogs bark at their reflections in mirrors or other reflective surfaces. Some people say it’s because they’re seeing a different animal and barking in self-defense, while others say they might be mistaking themselves for another dog and want to fight with them.

However, there really is no clear explanation as to why dogs react so aggressively when they see themselves in a mirror, which leaves us only speculating on possible reasons for these reactions.

Why do dogs bark at their reflection?

Whatever the reason may be, it is clear that this behavior should not be ignored. If your dog is barking at its reflection, you should find out why and address the underlying issue. If left untreated, this behavior could potentially lead to further issues down the road.

There are many different reasons why dogs bark at their reflection in a mirror, and below are some of main reasons.

1.Dogs May Have Never Seen Themselves Before

This can cause confusion because they don’t understand what they’re seeing. It could be that your dog knows that it’s not another dog barking back at them but rather only sees the image of his or herself in the mirror. This might feel like being taunted by their own image, which would definitely upset them.

Dogs who are suffering from anxiety or stress can also react aggressively to their reflection. This is because when they’re feeling anxious or stressed, they may lash out at anything that seems to be causing them harm. In the mirror, they may see another dog threatening them, which would trigger this kind of aggressive behavior.

Overly excited dogs can also bark at their reflections. This is usually because they are so excited to see their own reflection that they keep barking at it. The energy release helps them stay calm, which is why this behavior is often seen in puppies.

2.Communication With Other Dogs

When a dog is looking in the mirror, they see another dog and may feel like they need to communicate with that dog. If your dog barks at their reflection, it might be an indication that they want to start a conversation with the other dog.

This means that you should give them space to communicate with the other dog. If they do not receive any positive responses from this communication, it can lead to aggressive behavior.

In many cases, when a dog barks at their reflection, it’s because they want reassurance from their owner. There may be a need to bond with their owner, and they see this as a way to do so, or they may be trying to let their owner know that they are looking at another dog. Whatever the reason is, this behavior usually means that your dog wants you to help them through their anxiety or stress.

5.The Reflection May Seem Like Another Dog coming Into The Territory

When a dog sees their reflection in the mirror, they may see another dog coming into their territory. They might bark at the other dog to try and scare them away.

When a dog sees its reflection in the mirror, it may think that the other dog is trying to take over its territory or get into their food dish. The dog may bark at the other dog to try and scare it away.

This is usually seen in dogs who are very protective of their territory and don’t want any other dogs entering it without permission.

6.The Reflection As A Threat To Their Dominance

In some cases, a dog may see another dog in the mirror and feel threatened by their dominance. This can lead to them barking and asserting their dominance over the other dog. This is often seen in dogs who are already dominant, and it can cause problems if not addressed.

7.The Reflection Is Another Dog That Your Dog Sees As A Friend

8.The Reflection Is Another Dog That He Sees As An Enemy

On the other hand, a dog may also bark at their reflection because they see the other dog as an enemy. They may be scared or threatened by the other dog and see it as a threat to their safety. This is often seen in dogs who are aggressive and territorial.

9.The Reflection Is A Projection Of The Dog’s Own Feelings

In some cases, a dog may bark at their reflection because they see the other dog as a projection of their own feelings. They may be angry at themselves and take that anger out on reflection, or they may be self-conscious and criticize the other dog for looking perfect.

In some cases, a dog may bark at their reflection because it’s easier than barking at something else in the room. If they see another dog, they may feel the need to bark at it and communicate with it. This is often seen in dogs who are shy or insecure.

Do dogs recognize themselves in the mirror?

Dogs can’t recognize themselves in the mirror because they don’t associate the behavior of their reflection to themselves (they see it as another dog). Dogs explore according to pattern recognition. If there is another dog in the vicinity, their exploratory barking increases significantly. They do not see their reflections but instead feel like they are intruding on another dog’s territory, which triggers aggression and fear responses.

Most dogs cannot recognize themselves in the mirror since a mirror’s two-dimensional image is different from a dog to someone; you can’t expect them to understand what they’re seeing. It doesn’t help either that dogs can’t see the same colors we do, so they likely register their reflection as a black and white image.

They are terrified of what’s behind a sheet of glass or otherwise “present,” but they don’t realize it as themselves. Consider that when we look in the mirror, we are turned upside down.

We can intuit this concept: we move our right hand to the left to touch our left hand on the right. But dogs don’t think of themselves as inverted beings with their hands switched.

So they can’t figure out how their dog head is suddenly pointing downward when the rest of their body has flipped over. Because of their shorter limbs and small brains, many animals just won’t have the capacity to process all that information.

How do I get my dog to stop barking at his reflection?

1.Placing a piece of furniture or other objects between your dog and the mirror so he doesn’t have a direct line of sight to his own reflection.

2.Ensuring your dog gets enough exercise and engaging in a wide variety of activities to keep his mind stimulated. An over-energetic dog may be more prone to barking at his reflection out of boredom.

3.Training your dog basic obedience commands, such as “sit” and “stay,” may help to reduce the behavior. If your dog knows how to respond to basic commands, he may be less likely to bark at his reflection out of excitement or frustration.

4.Provide positive reinforcement when your dog exhibits calm behavior in front of the mirror. This could include treats, petting, and verbal praise.

5.Utilizing deterrents such as a water bottle or a can of pennies to make sudden, loud noises that startle your dog and snap him out of the behavior. To avoid injuring your dog, be sure to aim these deterrents at the floor around him rather than directly at his face.

6.Shining a laser on your dog’s reflection on the wall is a good way to distract him from the mirror.

7.Placing your dog’s favorite toy in front of the mirror, on the opposite side of where he’s standing, getting him excited about playing with it and taking his focus off of himself.

8.Removing your dog’s collar before you leave him alone in a room with a mirror. Some dogs may bark at their reflection if they see the reflection of their collar.

9.Using a stuffed Kong to distract him from his reflection is another possible strategy.

10.Placing the mirror in a location where it’s inaccessible to your dog, such as on the top of or behind a cabinet.

11.Putting treats or toys in front of the mirror can also be a good distraction for many dogs.

12.Another great distraction is giving him a chew toy with some dog treats inside it, then hiding it somewhere. When your dog starts looking around trying to find the toy, he will stop paying attention to his reflection.

13.Using a citronella spray or air horn can help stop barking, although it should be used as a last resort.

14.If all else fails, you observe that your dog’s barking at his reflection is causing behavioral issues or becoming a nuisance! It’s best to consult with a qualified dog trainer or behavior specialist for help. They may be able to suggest additional methods to help get your dog to stop barking at himself in the mirror and address any underlying issues that may be causing the behavior.

Though it may seem strange to us, dogs barking at their reflections is a natural behavior that can be caused by a number of factors, such as their short stature, lack of knowledge of what they’re looking at, or impulsiveness.

We may never be able to truly understand why do dogs bark at their reflection, but learning about possible causes and prevention strategies can help us to better understand the behavior and ensure a happier life for our four-legged friends. I hope you’ve found this article helpful. If you have any questions, please post in the comments below.

Thank you for reading! Please let me know what you think. 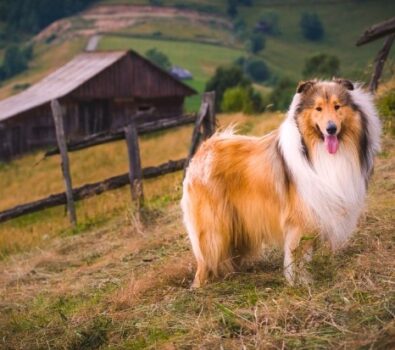