Home
Reviews and Guide
Can You Outrun A Dog? The Science Behind How Fast Dogs Can Run 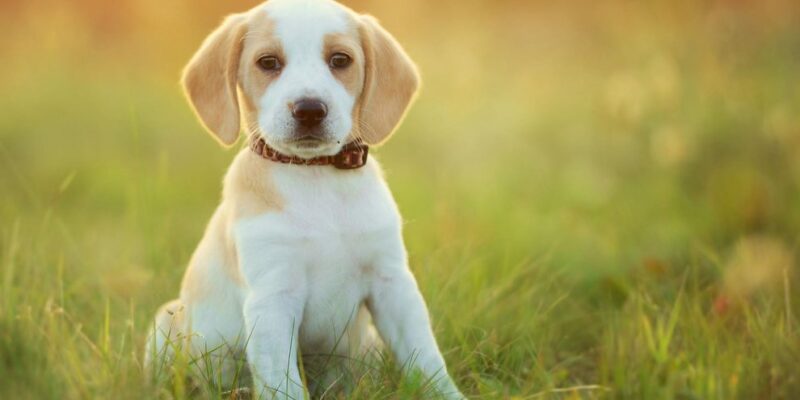 Dogs are known for being incredibly fast animals, capable of outpacing most people. But just how fast can they run? And can you outrun a dog if it’s chasing after you?

Well in most of the cases you cant as dogs can run up to speeds of 30 or 40 mph and can easily keep up with joggers or bicyclists.

So unless you are Usain Bolt or some other elite sprinter, you’re not going to outrun a dog.

Let’s dive deep into this topic and have a look at the maximum speeds that different breeds of dogs can reach, as well as some tips on how to protect yourself if being chased by a dog.

Can You Outrun A Dog When He Is A Puppy?

This is a question that has been asked by many people, and the answer is not so simple.

It depends on the size of the dog, how fast it is growing and how much exercise it is getting.

Generally speaking, most puppies can outrun an average person, but as the dog grows, it will become harder and harder to outrun it.

A Puppy can reach an average speed of about 24 mph, which is more than enough to outrun most people.

However, if the dog is not getting enough exercise, its speed will decrease as it gets older.

A dog that is well-exercised will be able to maintain a speed of about 30 mph, making it very hard for an average person to outrun it.

What Is The Average Running Speed Of a Dog?

The average running speed of a dog is about 20-24 mph, but this can vary depending on the breed and size of the dog.

Dogs that are bred for running, such as Greyhounds, can reach speeds of up to 45 mph.

The speed of a dog can be affected by a number of factors, which include:

Why Do Dogs Run Faster Than Humans?

Dogs have been bred for centuries to run fast, whereas humans have not.

In addition, dogs have shorter legs than humans, which makes them faster runners.

Dogs also have a lot of muscle mass in their chest and upper body, which gives them more power when running. Lastly, dogs are able to run for longer distances than humans without getting tired.

This is because they have a higher percentage of red blood cells in their blood, which helps them to carry more oxygen.

Dogs are also very good at adapting to their environment.

For example, if they are running in a field, they will adjust their speed according to the terrain.

If they are running on a flat surface, they will run faster than if they were running on a hill. This ability to adapt quickly helps them to be successful predators.

Overall, dogs are built for speed and can outrun most humans.

This is one of the reasons why they are such great companions for runners and athletes. If you want to stay fit, consider taking your dog for a run!

What Type Of Dog Is The Fastest Runner?

When it comes to the fastest dog breeds, the Greyhound is king with a top speed of 45 mph.

Other breeds that can run fast include the Whippet, Alaskan Malamute, and the Siberian Husky.

Of course, there are also some terriers that are known for their speed, such as the Jack Russell Terrier and the Welsh Corgi If you are looking for a dog that can keep up with your running, consider one of these breeds.

Can Usain Bolt Outrun A Dog?

Yes, Usain Bolt can outrun a dog. He is the fastest human on earth and has a top speed of 27 mph.

This is more than enough to outrun most dogs.

In fact, Bolt could probably outrun most breeds of dogs, with the exception of the Greyhound.

What Dogs Can Humans Outrun?

There are some dog breeds that are lazy and much slower than others.

However, if you are running against a Greyhound or other high-speed dog breed, you will not stand a chance!

Can You Outrun A Dog On A Bike?

This is a question that has divided cyclists for years.

Some people believe that they can easily outpace any dog on a bike, while others think that the dog will always be able to catch up.

The truth is, it depends on the situation and the dog.

If you are riding on a flat surface and the dog is running alongside you, it is highly likely that the dog will eventually catch up.

However, if you are riding on a hilly or uneven surface, you may be able to outpace the dog.

It all depends on how fast the dog can run and how fast you are cycling.

Additionally, the size of the dog matters. A small dog may not be able to keep up with a cyclist on a bike, while a large dog will have no problem doing so.

So, the answer to this question is unfortunately not a simple one.

It depends on many factors, including the terrain, the size of the dog, and the speed at which you are cycling.

How Can I Increase My Speed If I Am Being Chased By A Dog?

If you are being chased by a dog and want to increase your chances of outrunning it, there are a few things you can do.

Firstly, try to increase your speed by running in a zigzag pattern.

This will make it harder for the dog to predict your movements. Secondly, try to stay calm and focused.

If you panic or start to run in a straight line, the dog will be able to catch up to you very quickly.

Lastly, if the dog is getting close, try to launch yourself into the air. This will make you harder to catch and will give you a few more seconds to get away.

In general, it is very hard for an average person to outrun a dog. However, by using these tips, you can give yourself a better chance of escape. Happy running!

How Fast Can A Dog Run As Compared To A Human Being?

This is a question that has been asked by many people and the answer is not simple.

It depends on the breed of the dog and the human.

However, there are some exceptions to this rule. For example, a dog such as a greyhound can run faster than most humans.

The average speed of a dog is about 25 mph, while the average human can run up to around 15 mph.

So, in general, a dog can run faster than a human.

However, there are many factors that can affect this, so it is best to consult with an expert if you are curious about the specific speeds of different breeds of dogs and humans.

What Should You Do If You Can’t Outrun The Dog Chasing You And It’s About To Attack You?

If you can’t outrun the dog chasing you and it’s about to attack, there are a few things you can do to protect yourself.

In general, it is best to try to outrun a dog if you can.

However, if that is not possible, there are still things you can do to protect yourself. Remember, the most important thing is to stay calm and focused.

Can dogs really smell fear in humans, and does that affect their ability to chase us down?

The answer is yes. There is some scientific evidence to suggest that dogs can indeed smell fear in humans.

This has been shown to affect their ability to chase us down, as they can sense when we are afraid and become more motivated to catch us.

So, if you are being chased by a dog and you start to feel scared, try to stay calm and focused. This will help you to run faster and may increase your chances of escape.

In general, it is very hard for an average person to outrun a dog.

However, by using the tips listed above, you can give yourself a better chance of escape.

I hope this blog post helped you understand the difference in speeds between dogs and humans, and can you outrun a dog or not. If you have any further questions, feel free to leave a comment below. 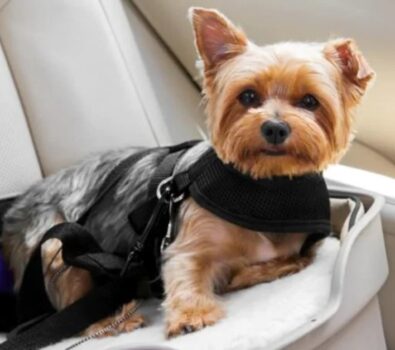